Please note that with effect from December 6, 2021 the company is listed on GEM board of Pakistan Stock Exchange. The scrip is GEMUNSL.

At your doorstep: Online shopping, without upfront payment

Facebook-based courier makes Rs4.4m in a month from cash-on-delivery servictes. 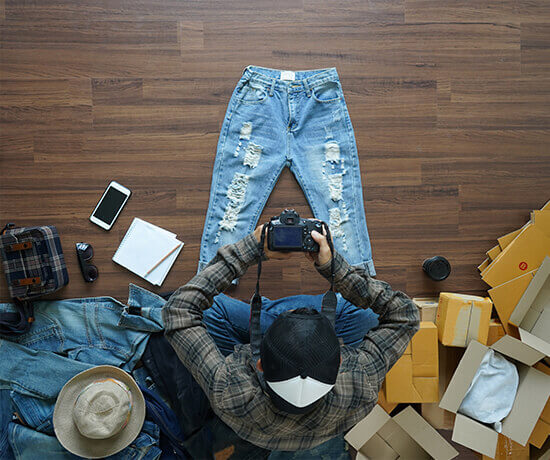 KARACHI:Almost non-existent a few years ago, Pakistan’s online retail market has witnessed phenomenal growth recently. As online shopping trend increases, one company making a name is BlueEX – a Karachi-based courier company – who delivers goods ranging from an iPhone to coffee beans to any destination in the country without any upfront payment.

Started in October 2009 by young entrepreneurs with backgrounds in IT, management and finance – BlueEX made revenue of Rs45 million in 2011 primarily.

BlueEX is online shopping platform selling its services entirely and directly through social networking site Facebook. It also says that its core competency is in a business model designed around cash-on-delivery (COD) service. BlueEX facilitates about 200 vendors and sells their products online and delivers them to the end-users. Jafferjees, Butler’s Chocolate Cafe, Sweet Factory, Scentsation and Liberty Books are few of its clients.

The company, a subsidiary of Universal Freight Systems, made it’s first-ever profit in December last year, the company’s director of corporate strategy and finance Imran Baxamoosa told The Express Tribune.

It grossed Rs4.4 million in January 2012 against Rs4.2 million earned in the entire first quarter (January to March) of 2011, showing a massive 296% growth rate for the current quarter, Manager Accounts Athar Hussain said.

The figures communicated are at the lower-end as the company’s young management took a conservative approach while revealing its financial data for the first time.

The company’s primary target is rural consumers that account for about 60% of the country’s population and potentially the largest chunk of online retail market.

A driving factor though, cash-on-delivery service is not the only source of revenue for BlueEX. It also charges business partners for additional services that include digital media solutions and online social marketing, services that jack up sales.

Hussain said one client – a dealer of branded garments and electronic goods – saw its business grew by six times through these services as it grossed Rs7 million in January 2012 compared with a mere Rs1 million in January last year.

BlueEX succeeded because of its unique business model – a blend of logistics, technology and e-marketing – chief ideas officer Naveed Seraj said. It is all done through the facebook app iCheckout, he added.

The company’s facebook page, that already has more than 50,000 likes, facilitates complete transaction from selecting a product to placing an order and tracking the shipment. Additionally, company representatives are online throughout the day to respond to any queries.

“Launch of BlueEX was a value addition to our logistics business,” said Baxamoosa.

With the parent company having more than 30 years in the logistics business, BlueEX has an upper hand to deliver products to end-users, a luxury most online vendors don’t have.

Charging people online may work in the West but it does not really work in Pakistan, he said. BlueEX receives payment upon delivery, one of the core reasons for its success in rural areas where majority people don’t have credit cards.

The rural market, with their high buying power from farming income, has the pocket to purchase branded products but unfortunately there are no outlets. Availability was the only problem, which was solved following introduction of cash-on-delivery service.

Areas such as Swat, Abbotabad, Mansehra, Haripur Hazara, Mirpur, Azad Jammu and Kashmir, Faisalabad, Gujranwala, Sialkot, Sahiwal, Multan, Sukkur and Hyderabad, Jacobabad and Larkana account for most of their sales, according to Baxamoosa.

“We even shipped an iPhone 4S to a remote location as there was no Apple store outlet there,” he said.

Having tapped facebook users, BlueEX is now gearing up to reach other remote locations through mobile phones, Baxamoosa said. The company has already developed an iPhone app and is waiting for the launch of 3G spectrum to expand its customer base, he added.